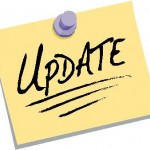 I have previously posted the Enhanced SCOM Alerts Notification email scripts back in July 2010.

I’d like to thank everyone who have tested it and provided feedbacks. You made me aware there are few issues and bugs with the script. Since I have just resigned and my new job won’t start in few weeks time, I have spent the last couple of days updating the script.

This is what I’ve done:

3. Added error handling for $rule.GetKnowledgeArticle() as sometimes there is no knowledge article.