Since System Center 2012 was RTM’d few days ago, I have started updating / migrating my home environment. After I migrated my 2 Hyper-V servers from VMM 2008 R2 to VMM 2012, I have started building a brand new SCCM 2012 environment so I can migrate SCCM 2007 to it. My plan is to install a Central Admin site, a child primary site and a Secondary site so I have a simple 3-tier hierarchy like my existing 2007 and 2012 Beta 2 environments.

The Central Admin site and the child primary site installation all went pretty smoothly. But I had some issues when installing the secondary site.

When installing Secondary Site from it’s parent primary, There are two options available for the database:

I wanted to install SQL Express myself so I can control where it’s installed to and locations for data, log and backup files. – This is pretty common and most of SQL DBAs would configure to install SQL on a volume other than C:\ and place data / logs / backups on dedicated and separate disks. By using SCCM to install SQL express for you, you don’t get to choose any of this, which can be pretty annoying.

According to Supported Configurations for Configuration Manager, secondary sites supports SQL Server Express 2008 R2 with SP1 and Cumulative Update 4. So I downloaded SQL Server 2008 R2 Express With SP1 with Tools (SQLEXPRWT_x64_ENU.exe) and SQL 2008 R2 Service Pack 1 Cumulative Update 4 and installed them in order on my secondary site site server.

Below is what I have customised during the SQL express install:

After the install, I applied CU4 and all went pretty smoothly.

Now, I tried to push Secondary Site install from the primary site. Under SQL Server setting step, I selected “Use an existing SQL Server instance” option and enter the secondary site server’s FQDN under “SQL server fully qualified domain name” and “CONFIGMGRSEC” under “SQL server instance name, if applicable”. After finishing the wizard, the secondary site install failed during prerequisite checks. I got few errors in regards to the SQL collation is not set to SQL_Latin1_General_CP1_CI-AS:

This is very strange because all my SQL instances in this hierarchy are set to this collation, and because of this, the setup did not even get kicked off.

Additionally, I also found the following:

After spending some time troubleshooting, I got it going. Below is what I have done on the SQL Express instance: 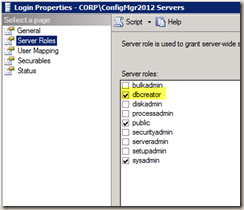 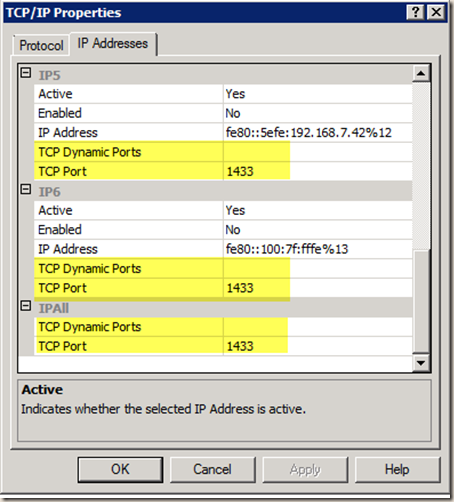 After you enabled TCP/IP and changed the port, you will be prompted that you have to restart SQL server service for the change to take effect, so I restarted the SQL service.

After these steps, the prerequisite checks were passed and the Secondary site installation finished successfully.

In summary below are the steps I took to pre-configure a SQL Express instance for SCCM 2012 secondary site: 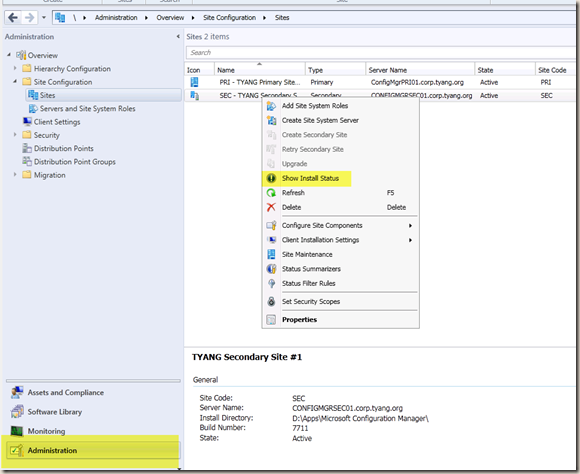 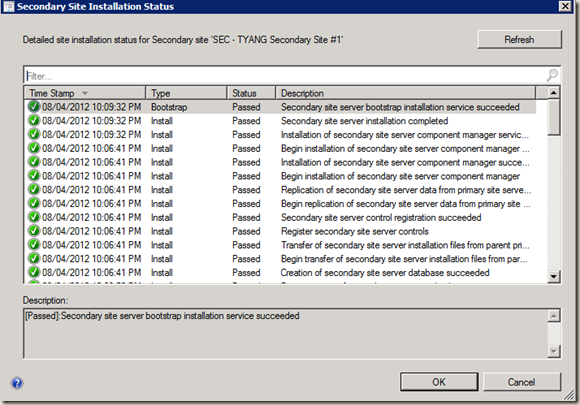 You can also check:

Now, instead of having SQL Express installed and configured by SCCM, I have more control of it so I can align the configuration with my organisation’s standard (if it’s in a real production environment

In this case, I have my SQL data file located under F:\SQL_Data\Microsoft SQL Server\MSSQL10_50.CONFIGMGRSEC\MSSQL\DATA: