The support team need to count number of Application event log entries of events with a specific event ID. A daily report is required to list the number for each computer.

An application produces a log file each day. The support team need to count the number of a specific phrase appeared in previous day’s log file. A daily report is required to list the count number for each computer.

The solution I produced for both scenarios are very similar. so I thought I’d blog this one.

In this blog post, I’m not going to go through the steps of creating the custom data source module and the performance collection rule. They are pretty straightforward and the sample management pack can be downloaded HERE.

I will however go through the steps to create the custom report for the data collected by this rule. I’m creating the report rather than using the built-in performance reports from the “Microsoft Generic Report Library” because none of the built-in performance reports support a table format. I don’t want any fancy charts with the report. All I want is a simple list of the raw perf counter values. 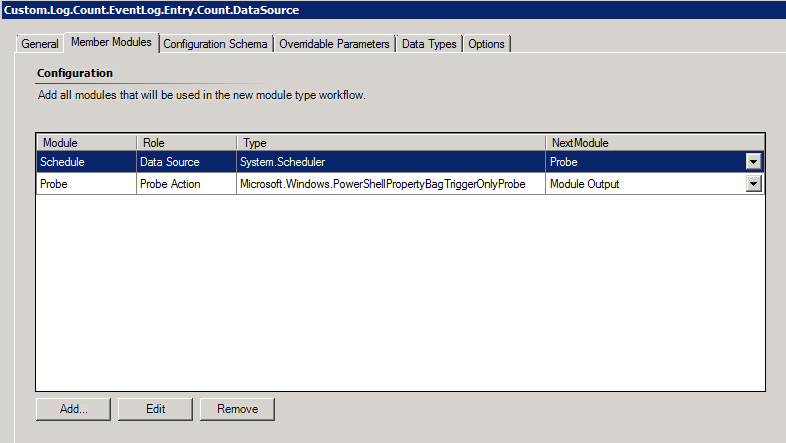 The Microsoft.PowershellPropertyBagTriggerOnlyProbe contains a powershell script that counts event log entries and pass the count into a PropertyBag: 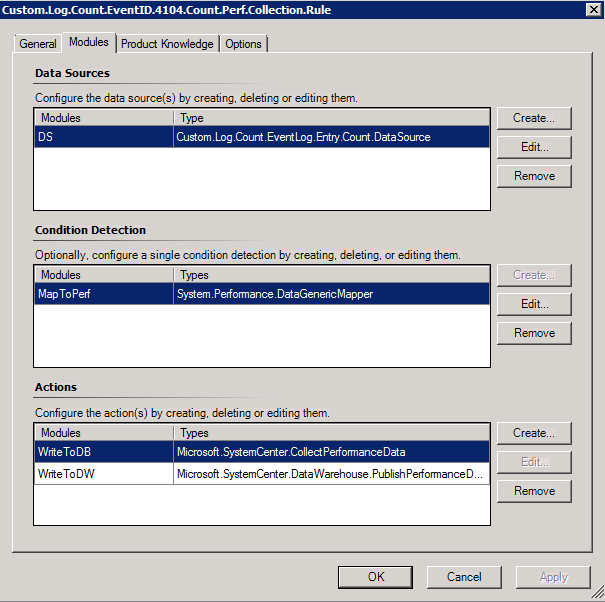 Steps of creating the report: 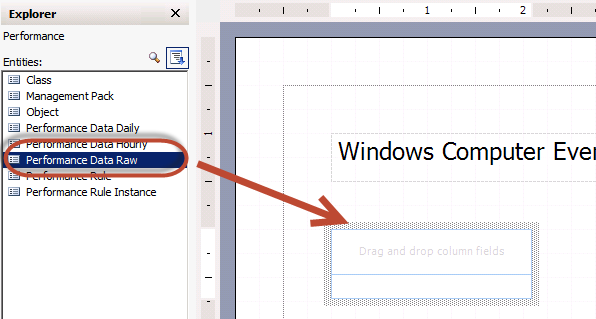 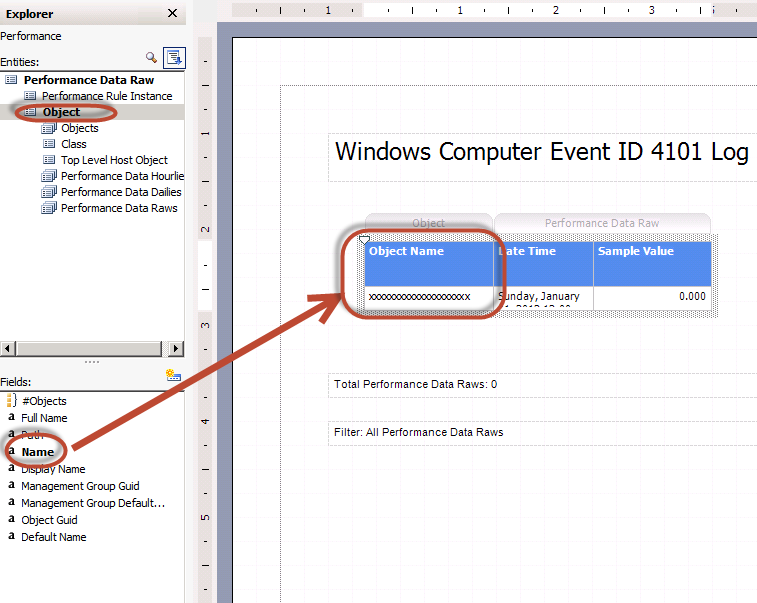 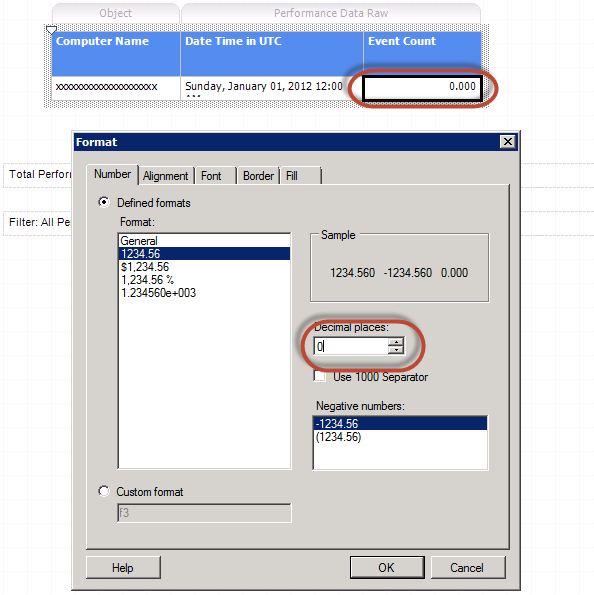 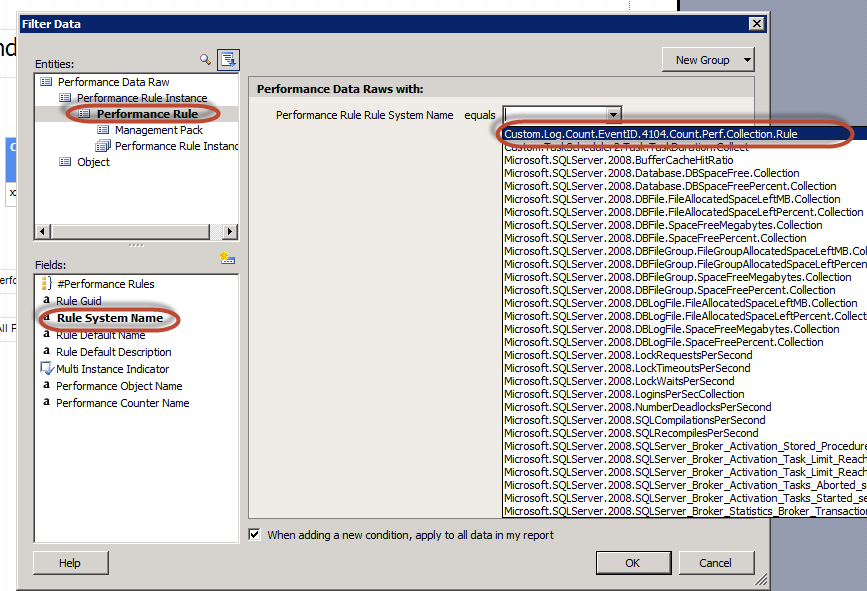 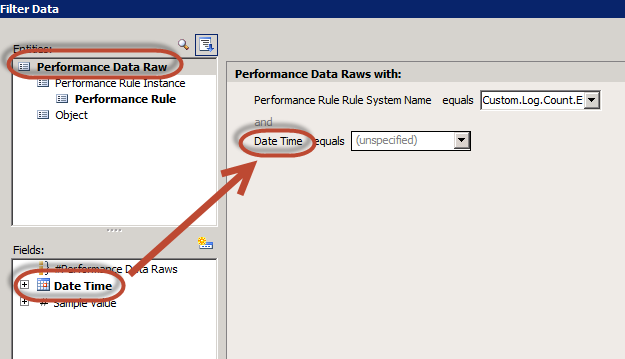 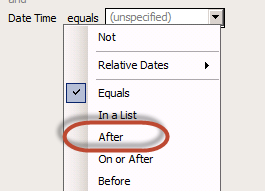 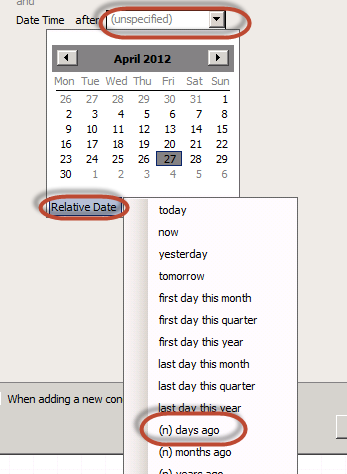 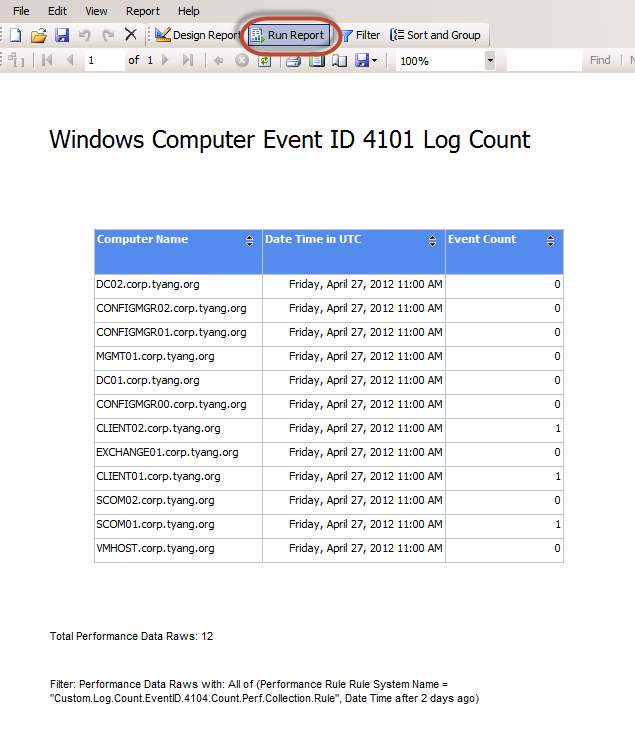 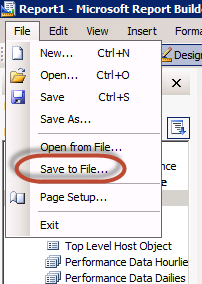 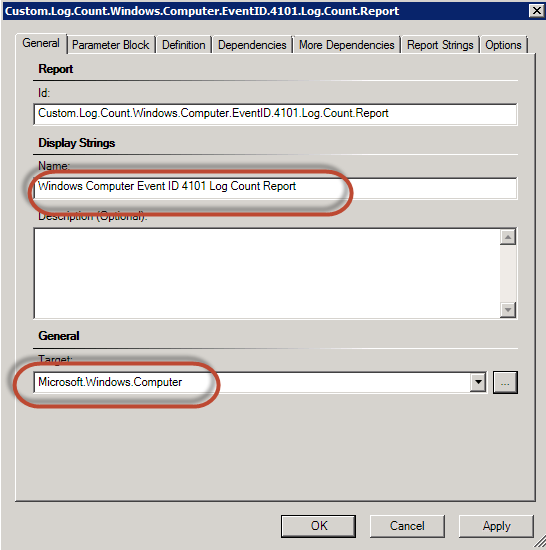 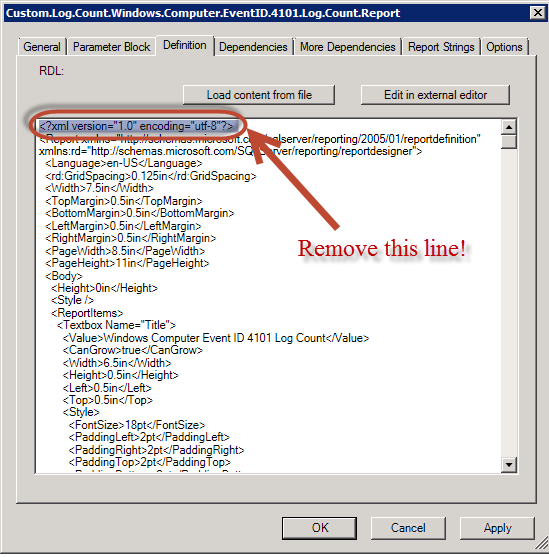 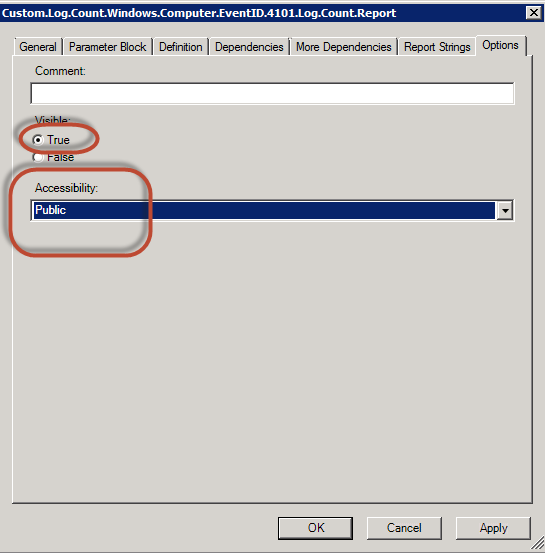 I always increase the version number so I can lookup Event ID 1201 in SCOM agent’s Operations Manager log and make sure the updated version of the MP is received: 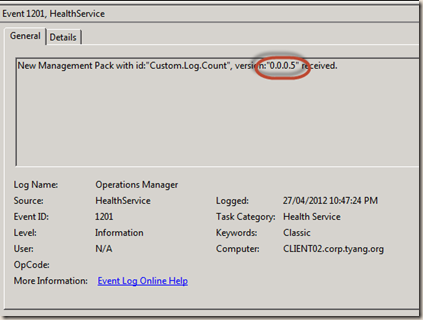 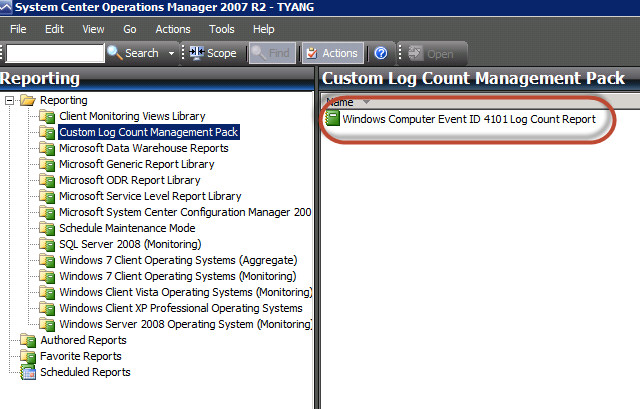 Note: In SSRS, you should also see a .mp file in the same folder. I’ve experienced issues where the report does not get updated with the updated MP, which was caused by incorrect .mp file in SSRS directory. Please refer to my previous post for details.

That concludes the steps to create the report. Few other things I’d also like to mention:

Again, the sample MP and the Report Definition RDL file can be downloaded HERE.