I was planning to continue on my 70-247 exam preparation tonight, but I couldn’t launch VMM 2012 console from any computers in my lab. So things didn’t turn out as planned. Lucky I’ve figured out the issue now after 4 hours troubleshooting. It’s just passed midnight, still one hour until my bed time, so I thought I’ll quickly document the issue.

When I tried to launch VMM using an account with Full Administrator rights, the console got stuck on below screen during load and would not go any further: 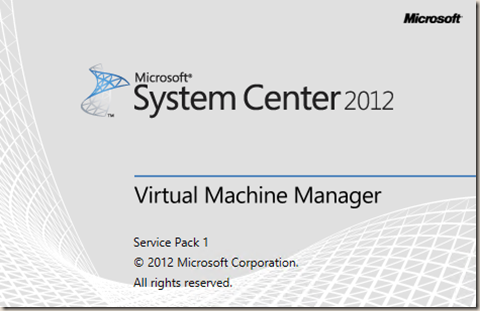 I also found out if I use an account which is a member of a Delegated Admin role that I’ve created called “Cloud Admin”, although it also got stuck on this screen, but the console would eventually load after 10-15 minutes.

Long story short, after spent my entire night troubleshooting, I noticed there were few job got stuck on “Running” state by querying the database using below query:

All of these running jobs were trying to run the VMM cmdlet Get-SCOpsMgrConnection. It seems each of this job is associated to a console connection attempt. I then tried to manually run this cmdlet from a PowerShell console, it also got stuck.

My OpsMgr management group consists 4 management servers and I’ve created a NLB cluster for the Data Access Service. I have configured OpsMgr integration in VMM using the NLB name a while back and the VMM console was working this morning before I went to work. I checked my OpsMgr servers, they are all healthy and I am able to connect to OpsMgr console using the NLB name from a Windows 8 machine. I’m not sure at this stage what’s causing it.

In order to get VMM consoles fixed as soon as possible, I’ve taken the following steps: