I recently implemented OpsMgr 2012 Alert Update Connector in the new OpsMgr 2012 environments that I’m building. I have previously blogged my way of generating AUC’s configuration XML.

Therefore, I have updated the management pack. I have made the following changes to the original MP:

I have installed the Alert Update Connector service on all the management servers. I also have few Orchestrator runbook servers being monitored agentlessly because they are running runbooks which require OpsMgr 2007 R2 integration pack and console, so I can’t installed OpsMgr 2012 R2 agents on them. After imported the original management pack, I noticed Alert Update Connector services have also been discovered on these Orchestrator runbook servers.

The bug is highlighted below: 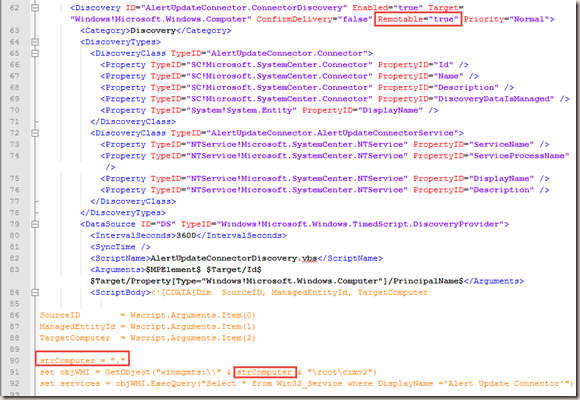 The discovery is configured to be remotable, but when performing the WMI query for the service, it is always querying the local computer where the discovery script is running. This is why the Alert Update Connector service has been incorrectly discovered on agentless monitored computers. This is an easy fix. since the target computer name has already been passed to the script, in line 91, “strComputer” needs be changed to “TargetComputer”.

In the original MP, this discovery runs once per hour. I have updated it every 12 hours. 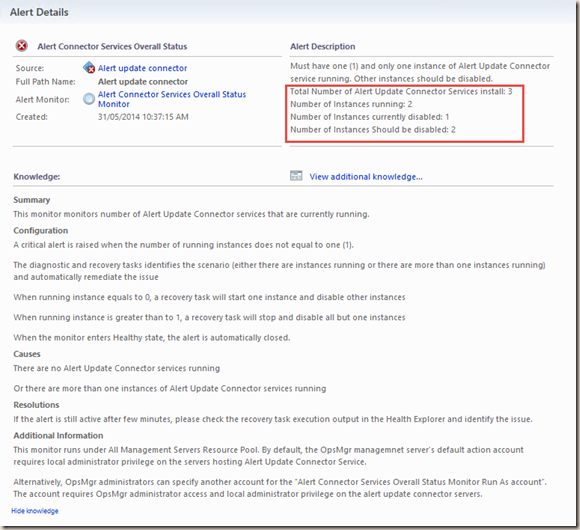 This monitor also has 2 recovery tasks 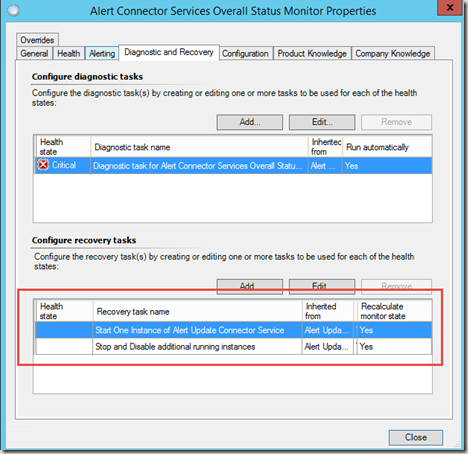 The script execution results can be viewed in Health Explorer: 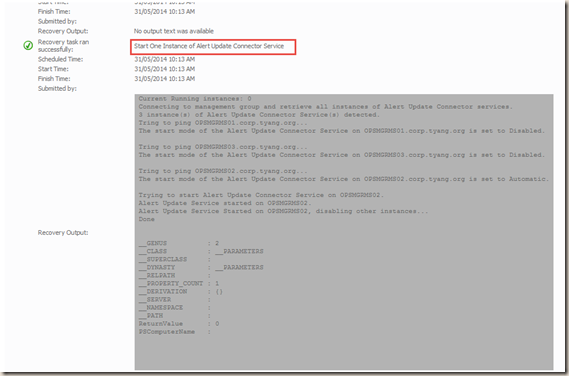 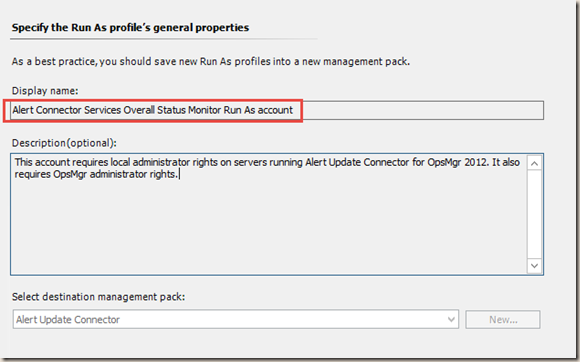 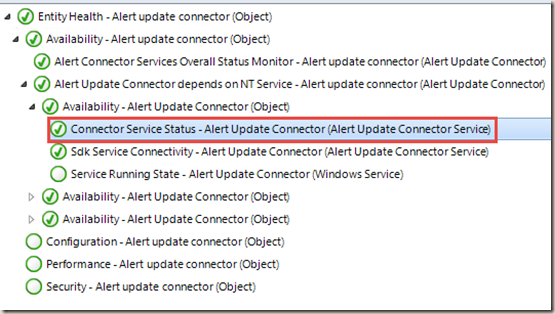 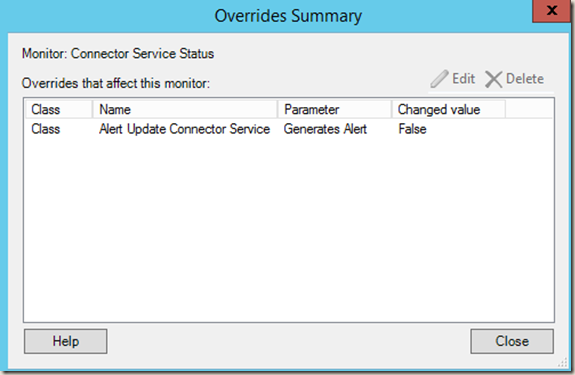 I’m just trying to reduce the noise. Since the newly created overall status monitor will be generating alerts as well, I don’t think we need another one.

This task hardcoded the ConnectorConfiguration.exe to C:\AlertUpdateConnectorUI, and I’m not using this GUI tool in my environment (refer to my previous post). Therefore I have removed it from the MP.

I have changed the MP version to 1.0.1.0. I have also converted the original MP to a VSAE project. In the project, I have chopped the MP components into many fragments.

You can download both sealed and unsealed version of this MP, as well as the VSAE project (to make your life easier if you want to update it to suit your needs). However, I won’t include the key I used in for this MP. if you decided to update and seal it again, please use another key.