I bought my Surface Pro 2 last November – third week after it was released in Australia. I only got it on the third week because I was on holidays in China when it was released and all the resellers ran out of stock when I came back.

Guess what, I was still waiting when Microsoft announced the Surface 3 release date. I sort of got the idea, they will probably never come to Australia.

For me, a power keyboard is a nice-to-have, but I really want a docking station! Therefore, I have to look elsewhere. I soon found 2 possible alternatives (USB 3 docking stations). 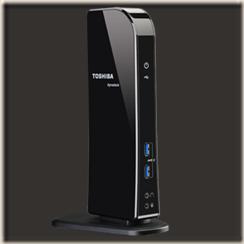 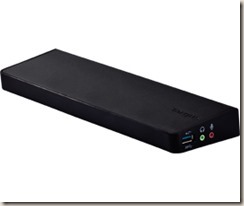 Both of them have similar specs, The local retail price for the Toshiba one is around AUD $160 and Targus is around $180 (currently $1 AUD = $0.94 USD). I’ve decided to go for the Tagus one simply because the Toshiba dock is vertical with a stand, it will be harder to carry around (if I want to). The Targus dock seems to be more portable to me.

So instead of buying it in a retail shop, I managed to find a seller on eBay U.S. who accepts “Best Price”. After bargaining the price back and forth few times, I managed to get a brand new one for $85 USD. with international shipping, in the end, I paid AUD $118, which I’m very happy about the price!

Here’s a specs comparison between the Targus dock and the Surface Pro 2 dock:

The Targus dock also comes with a DVI-To-VGA adapter and a HDMI-To-DVI adapter to cater for different monitor connections. Based on the comparison above, the Targus dock is definitely more feature rich. Since I’ve already bought a spare Surface Pro 2 power supply from eBay, I didn’t mind the fact that I can’t power the Surface with this dock.

Here’s the back view: 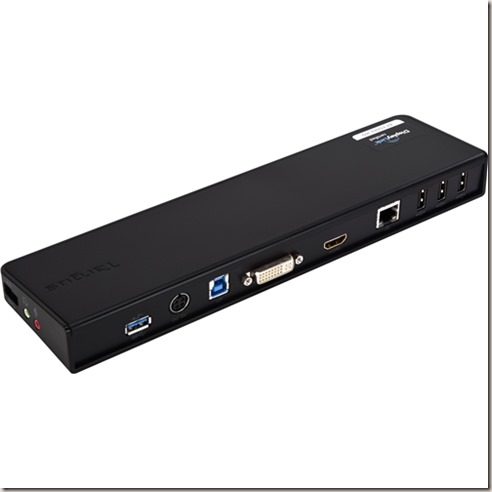 Using it with my Surface Pro 2: 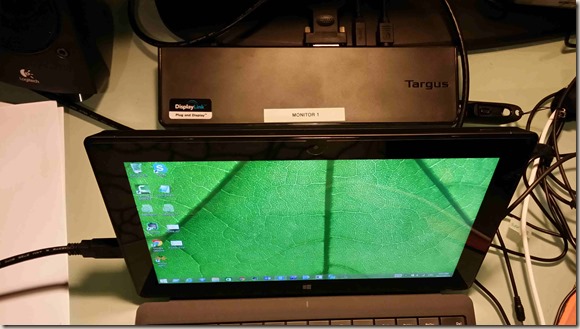 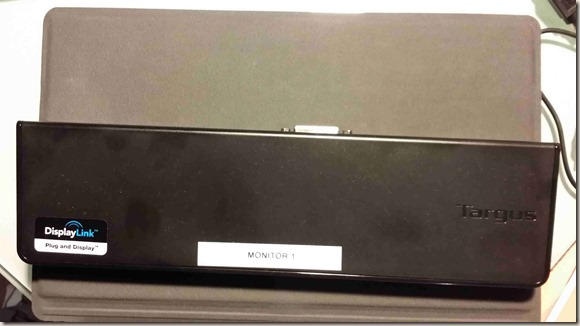 I have no problems with drivers, all the drivers got automatically installed when I connected them for the first time.

Cameron Fuller wrote an article on his experience with Surface 2 RT: Using the Surface 2 RT like a Pro-fessional. In Cameron’s article, he listed all the hardware accessories that he has purchased for the RT device. I’m guessing RT devices would always face compatibility issues because of drivers, I haven’t been managed to find an RT device to test this dock with, so I’m not sure if it supports Windows RT.

Replacement for Other Devices

Down here in Australia, I looked up prices for a USB 3 video adapter. it is around $100 AUD (around $94 USD). By getting a docking station like this, it is equivalent of getting:

So it is definitely a cheaper option to get the dock instead, not to mention you end up with only one device on your desk.

So now, even if Surface docking station has been made available in Australian market, I’d still stick with this Targus dock, simply because I can connect 2 external monitors.

The only thing I haven’t tried is testing PXE through the NIC port on this dock. If someone has already tried it, please let me know