For example, I would like to achieve the following when I start any 64 bit PowerShell consoles on any computers in my lab under any user accounts:

This is what I want the consoles to look like: 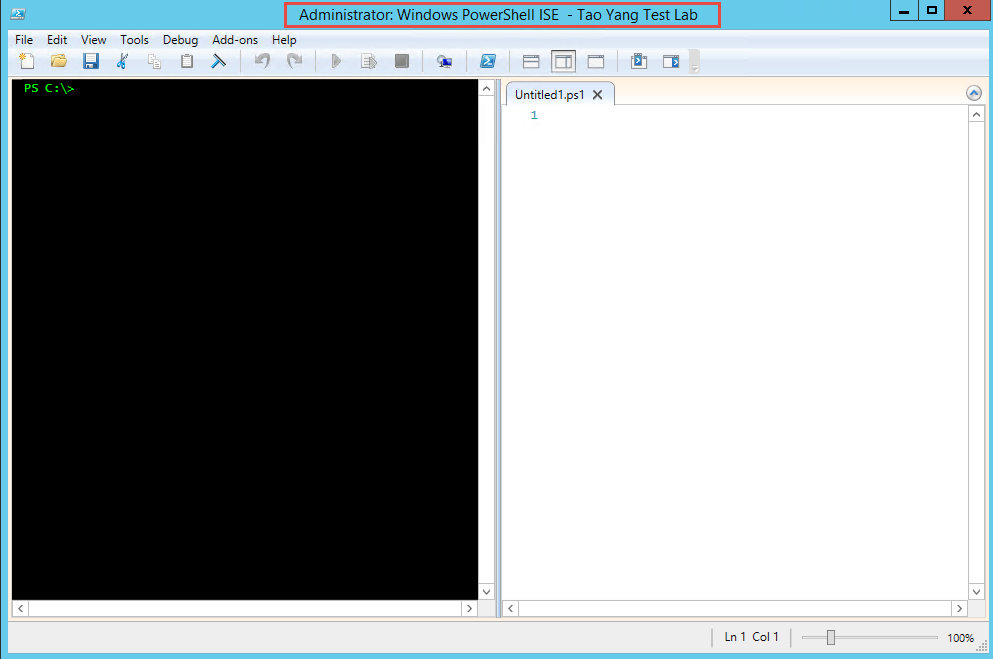 Although I can manually copy the code into the profiles for each of my user accounts and enable roaming profile for  these users, I don’t want to take this approach because it’s too manual and I am not a big fan of roaming profiles.

My approach is incredibly simple, all I had to do is to create a simple script and deployed it as a normal software package  using ConfigMgr. I’ll now go through the steps.

All Users All Hosts Profile

Firstly, there are actually not one (1), but six (6) different PowerShell profiles (I have to admit, I didn’t know this until now

). This article from the Scripting Guy explained it very well. Based on this article, I have identified that I need to work on the All Users All Hosts profile. Because I want the code to run regardless which user account am I using, and no matter whether I’m using the normal command console or PowerShell ISE.

As I mentioned previously, because I want to use the PSConsole module I have developed earlier, I need to make sure this module is deployed to all computers in my lab. To do so, I have created a simple msi to copy the module to the PowerShell Module’s folder and deployed it to all the computers using ConfigMgr. I won’t go through how I created the msi here.

Code Inside the All Users All Hosts profile

The All Users All Hosts profile is located at $PsHome\profile.ps1

Here’s the code I’ve added to this profile:

Note: The $psISE variable only exists in the PowerShell ISE environment, therefore I’m using it to identify which console am I currently in and used an IF… Else… statement to control what’s getting executed within PowerShell ISE and normal PowerShell console.

Script To create All Users All Hosts Profile

Next, I have created a PowerShell script to create the All Users All Hosts profile:

As you can see, I have stored the content in a multi-line string variable. The only thing to pay attention to is that I have to add the PowerShell escape character backtick (`)  in front of each variable (dollar sign $).

In SCCM, I have created a Package with one program for this script: 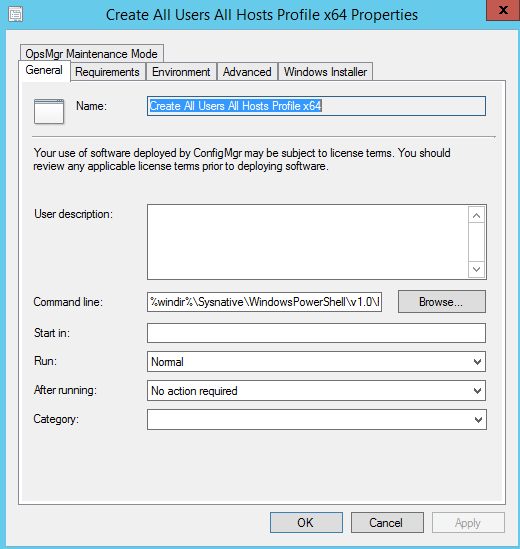 Note: I’m using ConfigMgr 2012 R2 in my lab, although the ConfigMgr client seems to be 64-bit, this command will still be executed under 32-bit environment. Therefore I have to use “Sysnative” instead of “System32” to overcome 32-bit redirection in 64-bit OS.

I created a re-occurring deployment for this program: 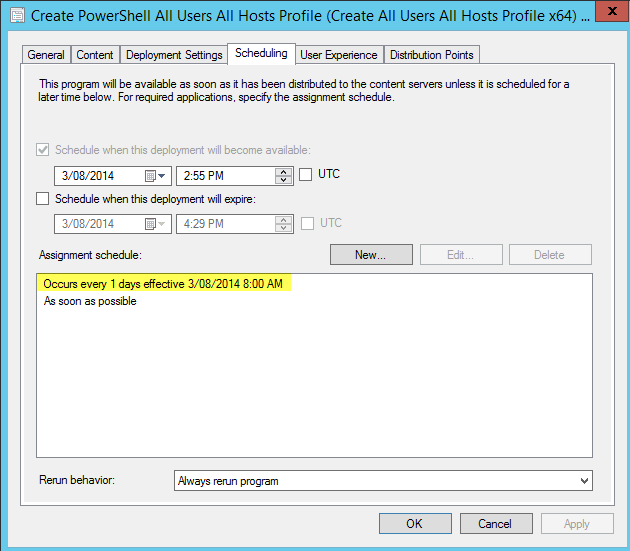 This is an example on how we can standardise the baseline of PowerShell consoles within the environment. Individual users will still be able to add the users specific stuff in different profiles.

For example, on one of my computers, I have added one line to the default Current User Current Host profile: