It is one day away from the holiday season of the year. And I have worked HARD over the last few days so I can post my last technical post for the year 2014 before holidays.

First of all, I’d like to wish everyone a Merry Christmas and Happy New Year! 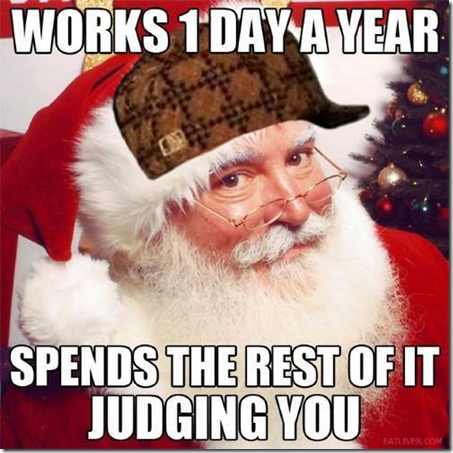 I’ve been awarded as a Microsoft System Center Cloud and Data Center Management MVP for the first time in 1st July 2014.

This is truly my biggest accomplishment of the year. Not to mention being nominated by one of the most well known community leaders in System Center is an accomplishment by itself.

For those who knows me well, you probably know which one am I talking about

I am so glad that I had the opportunity to attend such a wonderful event. Although pretty much everything is under NDA, I can’t really talk about the content of the sessions. I think I can share some pictures here (Some taken from the camera on my phone, some from the SLRs of other SCCDM MVPs). 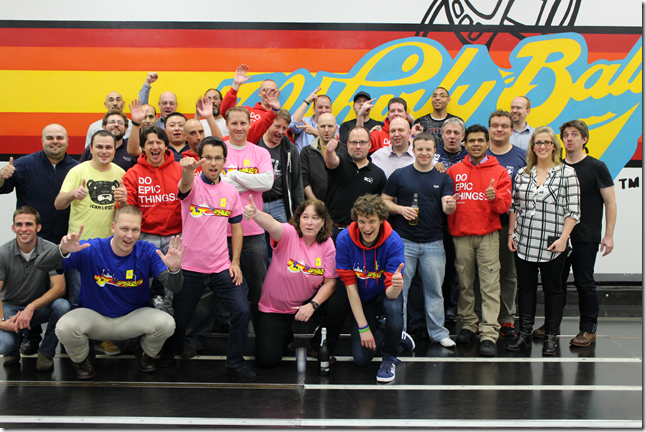 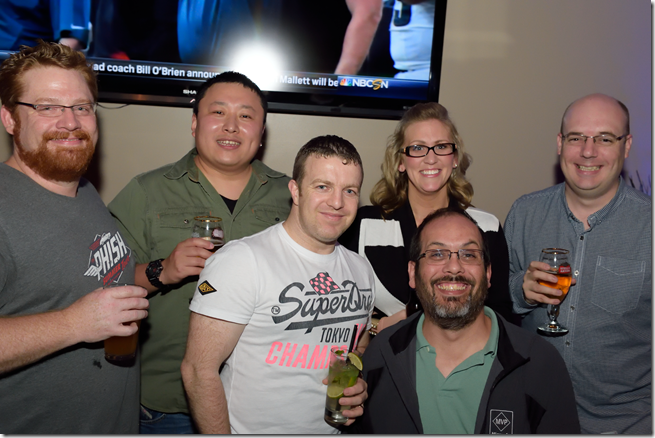 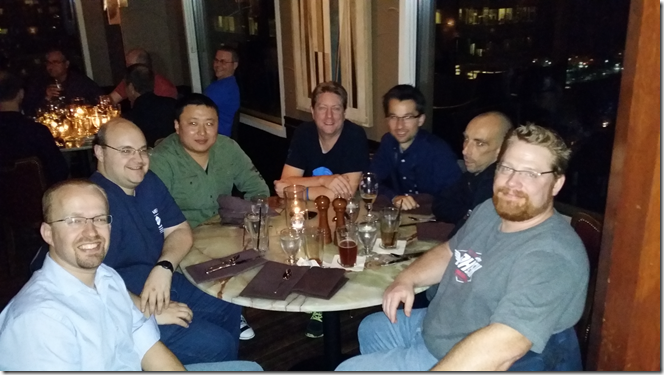 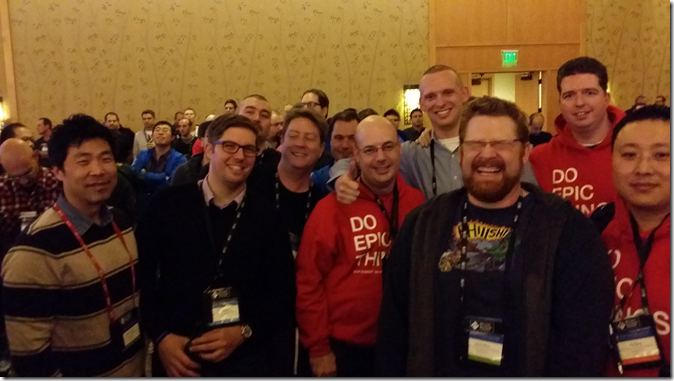 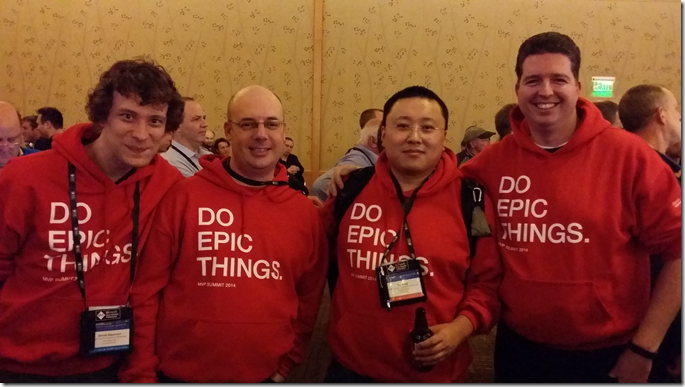 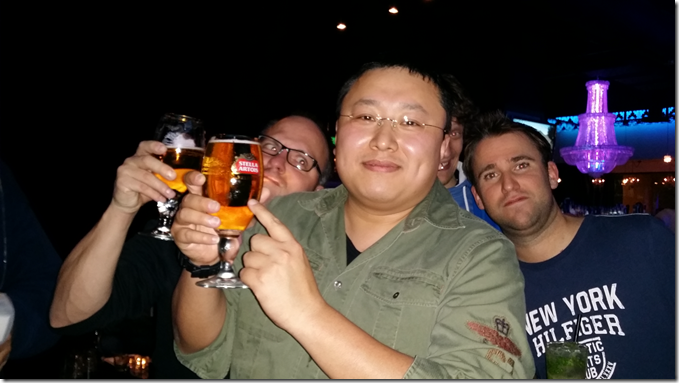 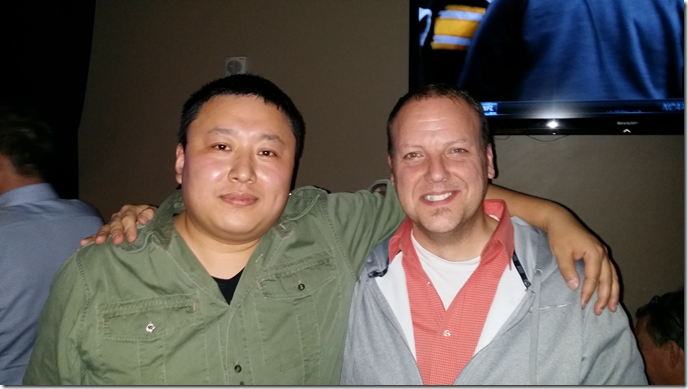 Had opportunities to meet many big names (MVPs and Microsoft employees) in System Center during the MVP summit. Many of those have become good friends too.

I brought a lot of Tim Tam and Kangaroo Jerky to the summit. I didn’t expect Tim Tam to be so popular 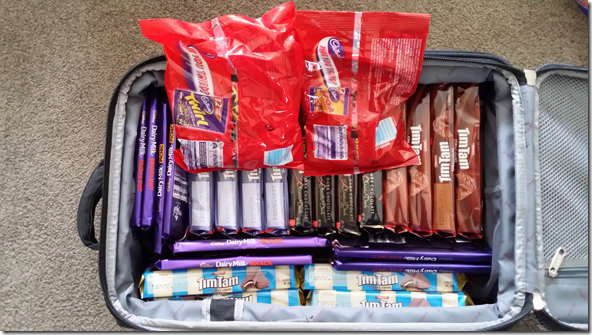 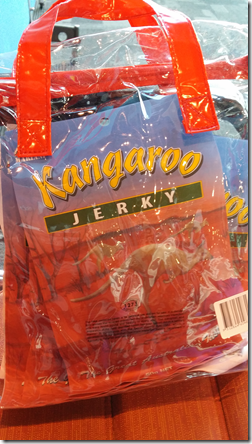 I’ve lost count, but they should be all on this blog

Have written 63 blog posts (including this one) in total.

I don’t think the number is very high (only about 5 posts per month), but I’m trying my best

. Some of these posts are posting MPs, scripts etc. that I have spent a very long time on. Based on the content, I personally think this is quiet an achievement!

Well, I think I still have a long way to go if comparing with some other popular System Center blogs (Not that I will turn this into a pissing contest). However t is a steady increase from 2013. But I’m sure I’ll do better next year.

If everything goes as planned, this post will be my final words for 2014. I am taking some time off during the holiday seasons (well, not too long, going back to work on 5th Jan).

During my time off, I will probably spend few days working on an automation solution for OpsMgr – Something I’ve been working on during my spare time since August this year. This leads to the next point. 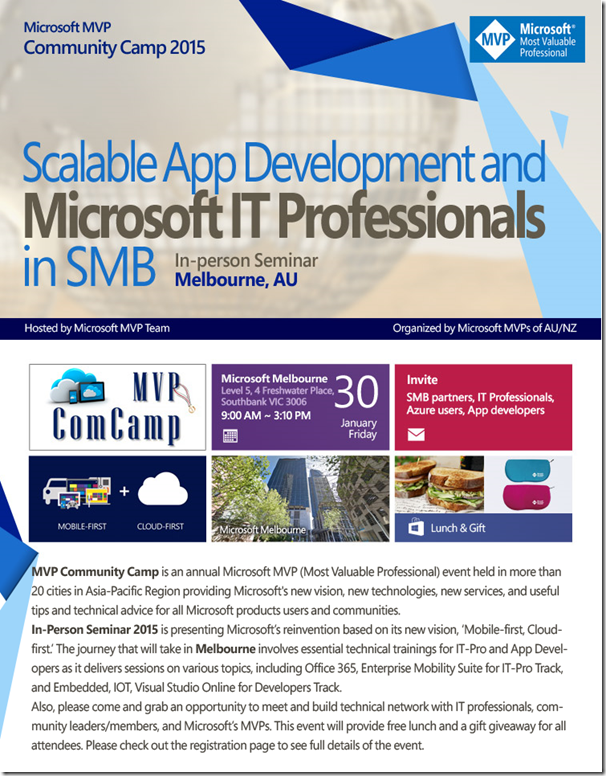 I have been chosen to speak at the MVP Community Camp 2015 in Melbourne on Friday 30th Jan 2015. I will be presenting the topic “Automating SCOM tasks using SMA”. This is something I’ve been working on since August this year. Personally, I think what I have done so far is really cool. This event is going to be held at the Microsoft Melbourne office at Freshwater Place, South Bank, Melbourne. Besides myself, a veteran MVP in System Center ConfigMgr, James Bannan will also deliver a session in Enterprise Mobility Suite in this event.  If you are based in Melbourne, please check out the detail of this event and sessions HERE. I am looking forward to speaking to the Melbourne based System Center folks

Lastly, I wish everyone have a wonderful time during this holiday season. I will be back in 2015