Few weeks ago, OMS Alerting has introduced a new feature that enables the alert to trigger a webhook: 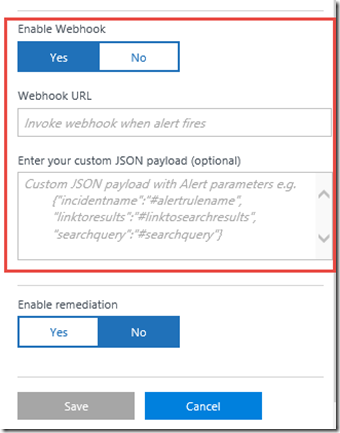 This feature can be enabled with or without the existing 2 actions (email and Azure Automation runbook remediation).

So, why do we need this new webhook feature? Comparing with the Azure Automation runbook remediation, I believe it has the following benefits:

As I mentioned in the previous post, when OMS Alerting triggers an Azure Automation runbook, it passes the following information to the runbook as part of the search results in request body:

In my opinion, sometimes depending on specific scenarios, this may not be enough. i.e. when I create an alert and specify the alert threshold to be less than 1 (which means 0). the value (OMS search result) will be null. 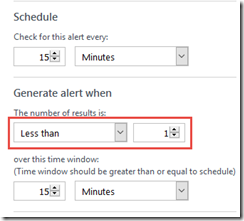 and since the actual search query used by the OMS alert rule is not passed to the Azure Automation runbook, this makes our life a little bit harder when coding the runbooks.

Let me use a real example to explain this limitation again. For example, if I am creating an OMS alert for a computer that has not sent data to OMS in 15 minutes – which is equivalent to the “missing heartbeat” alert in SCOM, I’d use a simple OMS search query such as “Computer=’ 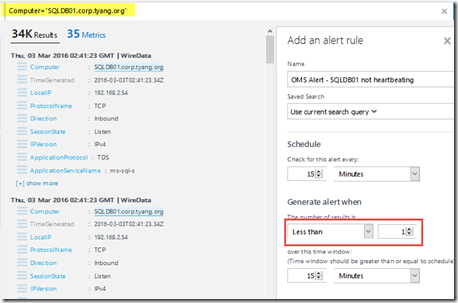 Benefit of Using the Webhook Feature

With the new webhook support, I’d glad that we are able to pass additional parameters as part of the webhook request body. These additional parameters can potentially make the runbooks more flexible. By default, other than the OMS search result itself, it also passes the following information:

i.e. this is what’s been passed via the webhook: 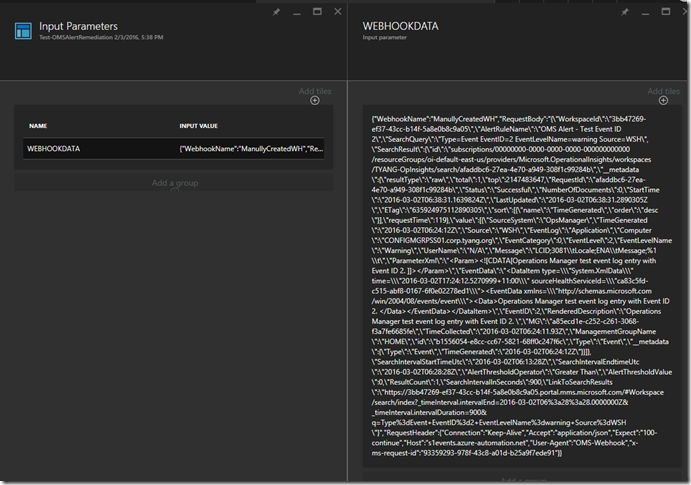 If I copy and paste this to Notepad++ and format it using the JSON plugin, we can easily identify the additional information been passed into the runbook:

Additionally, we are also able to customize the JSON payload if we only want to send a subset of above listed information through the webhook. I have reached out to the OMS product team, and I was told the syntax is:

After this post has been published, Anand Balasubramanian from OMS product team has provided me another JSON payload example and asked me to add to this post. The example below can be used to post the OMS alert to a Slack channel:

To summarize, I am very glad that we now have the webhook capability for OMS alert rules. Although it requires more configurations, this is definitely more flexible than the original Azure Automation runbook remediation feature in OMS Alerting.

Additionally, Ravi Kiran the OMS automation team has also written a blog on how to parse JSON output for Azure Alerts, which you may also find helpful: https://azure.microsoft.com/en-us/blog/using-azure-automation-to-take-actions-on-azure-alerts/.