After the MP is imported and the “OpsMgr 2012 Self Maintenance Operational Database LocalizedText Table Health Monitor” has been enabled via an override, you’ll soon get this alert from one of the management servers:

The PowerShell script failed with below exception 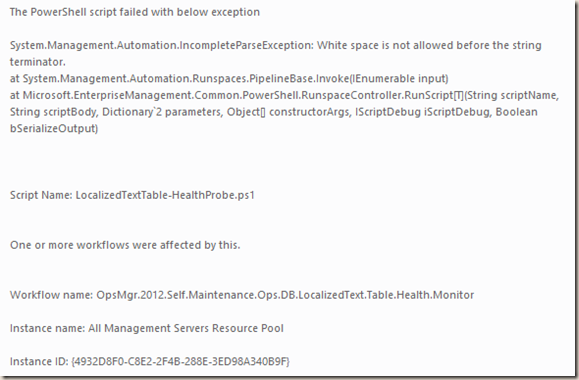 After spent sometime troubleshooting, the issue is a bit stupid, but I’ll remember this in the future:

I wrote the 2007 version using 2007 R2 authoring console, thus no problems found. The 2012 version was written using Visual Studio Authoring Extension. In the particular probe action module used by the monitor type, this is what the raw code looks like: 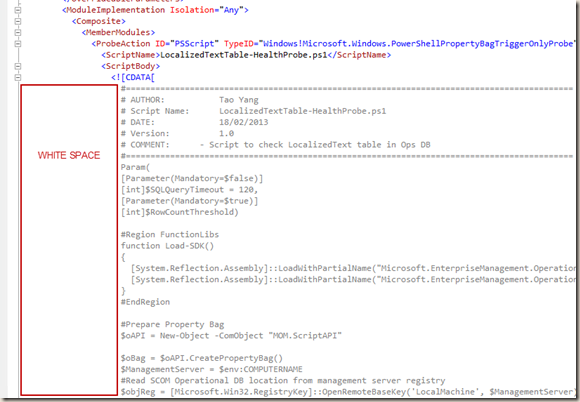 when I pasted the script in the xml, I tried to format it using the Tab key. 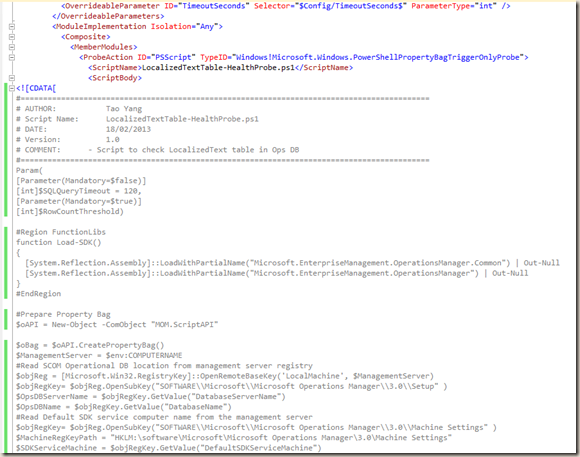 After I removed all the Tab spaces, the monitor started working.

I’ve changed the version number of the 2012 version to 1.0.0.1. I’ll update the MP from the original article from yesterday. For those who has already downloaded the MP, apologies. please download it again and the mp can be in-place upgraded to the new version.

I have just finished a very lengthy engagement, where I had been working exclusively on Terraform. The customer uses only Terraform to deploy resources to Az...