Last month, in TechEd North America, Cameron Fuller demonstrated a PowerShell script to search and remove obsolete MP references from an unsealed management pack. The script was written by Cameron’s colleague Matthew Dowst. You can watch Cameron’s presentation here and get the script here.

After TechEd, Cameron emailed me and suggest me to add this script into my OpsMgr Self Maintenance management pack. So before I built this functionality into the Self Maintenance MP, I have written a similar stand-alone script as a proof-of-concept.

The differences between my version and Matthew Dowst version are:

You can run this script on any computers have OpsMgr 2012 console /agent / management server installed. The script includes a help documentation. you can access it via: 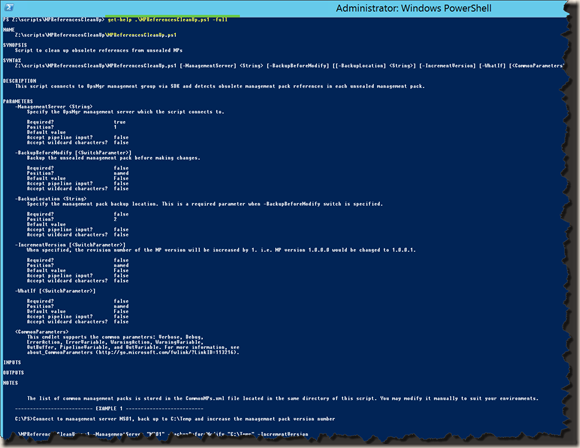 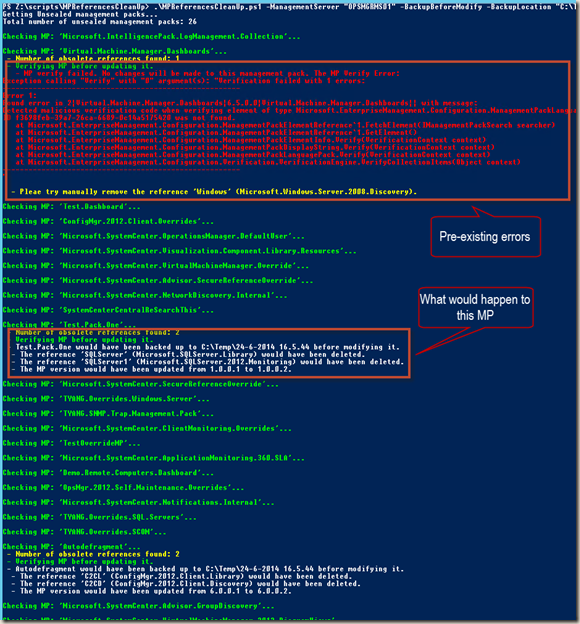 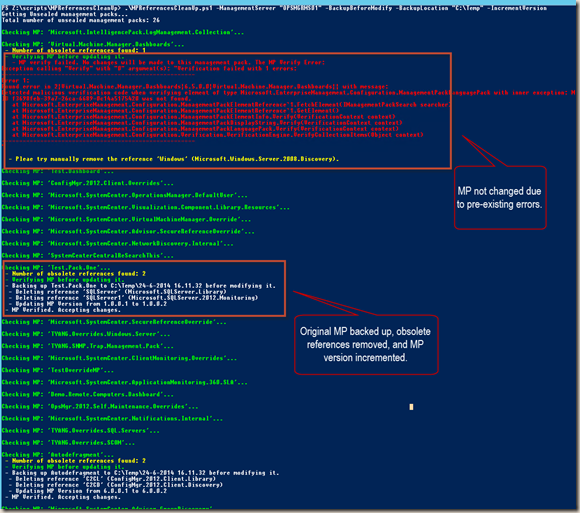 The script can be downloaded HERE.

As I mentioned in the beginning, the next version of the OpsMgr 2012 Self Maintenance MP will have the ability to detect and remove these obsolete references. The MP is pretty much done. I’ve sent it to few people to test. I should be able to publish it in few days. Despite the new functionalities of the self maintenance MP, this script will still be a good standalone tool to run ad-hoc when needed.

I’d like to thank the following people for testing and advices provided to this script (in random order):

I also want to thank Matthew Dowst for the original script and Matthew Long for his blog post where I got the ideas from.

Lastly, as always, please feel free to contact me if you have questions / issues.