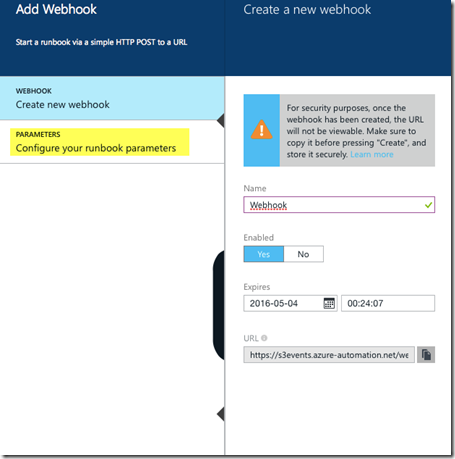 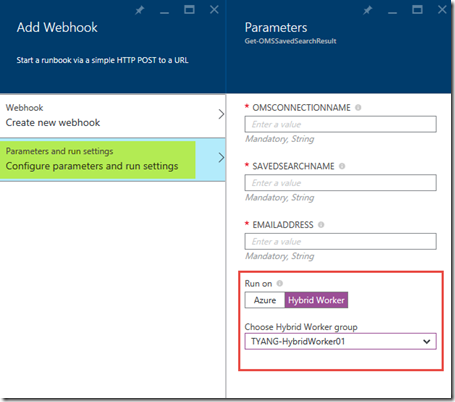 Few days ago when Pete and I delivered the Azure Automation session at Microsoft Ignite Australia, in one of our demos, we used Webhook to kick off a process to create AD user accounts on On-Prem Active Directory using Hybrid Workers. Because Webhook did not support Hybrid Workers back then, we had to use an workaround of kicking off an intermediary runbook that runs on Azure worker then start AD user creation runbook on runbook worker groups within the intermediary runbook.

Now with the new capability, we can further simplify our demo scenario by removing the intermediary runbook as we are now able to kick off runbooks on Hybrid Workers directly from webhooks!