When comes into security, a general rule of thumb is to ALWAYS use the least privilege principle when assigning permissions. I rarely come across customers that agrees to grant Owner role to service principals we use for our Azure Infrastructure as Code (IaC) pipelines. In this post, I will show you the minimum permissions required to deploy Azure Policy resources.

When creating policy assignments for policy definitions with DeployIfNotExists (DINE) or Modify effects, you will also need to create necessary role assignments for the Policy Assignment’s Managed Identity so the Policy Assignments have enough permissions to deploy / modify resources. Therefore in addition to the Resource Policy Contributor role, generally we also need to grant User Access Administrator role to the users, groups or Services Principals that are responsible for creating the policy resources. Here is the User Access Administrator role definition in JSON:

If you have above mentioned Resource Policy Contributor and User Access Administrator roles assigned, you should have enough permissions to create policy resources via the Azure portal. However, if you try to deploy policy resources via an ARM or Bicep template, you will get an error like this:

I’m not exactly sure what is the reason behind this design decision, it’s strange to me this is missing even when some reader roles have this permission. Since most of the time we will be deploying Policy resources to a Management Group scope and at the time of writing this article, assigning custom role definitions on a Management Group scope is still in preview, we had to stick with only using built-in roles in customer’s environments. When we firstly discovered this limitation at a customer’s environment, my friend and colleague Ahmad Abdalla and I have decided to add another role definition into the mix. We have picked the Lab Service Reader role to fill the missing piece of the puzzle. Here’s the role definition in JSON:

We picked this role because it’s only a reader role, and the customer does not user Azure Lab Services hence there is no impact and resistance from customer’s cloud security team.

Once I have the Lab Service Reader role assigned, my template deployed started to work: 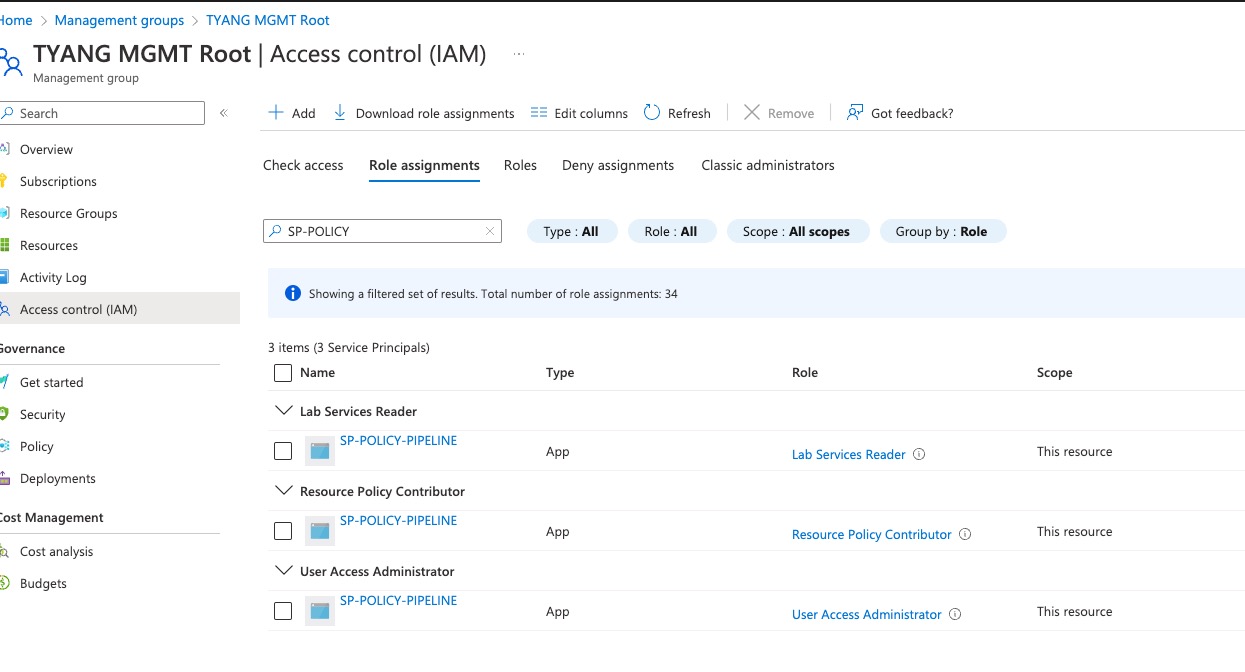 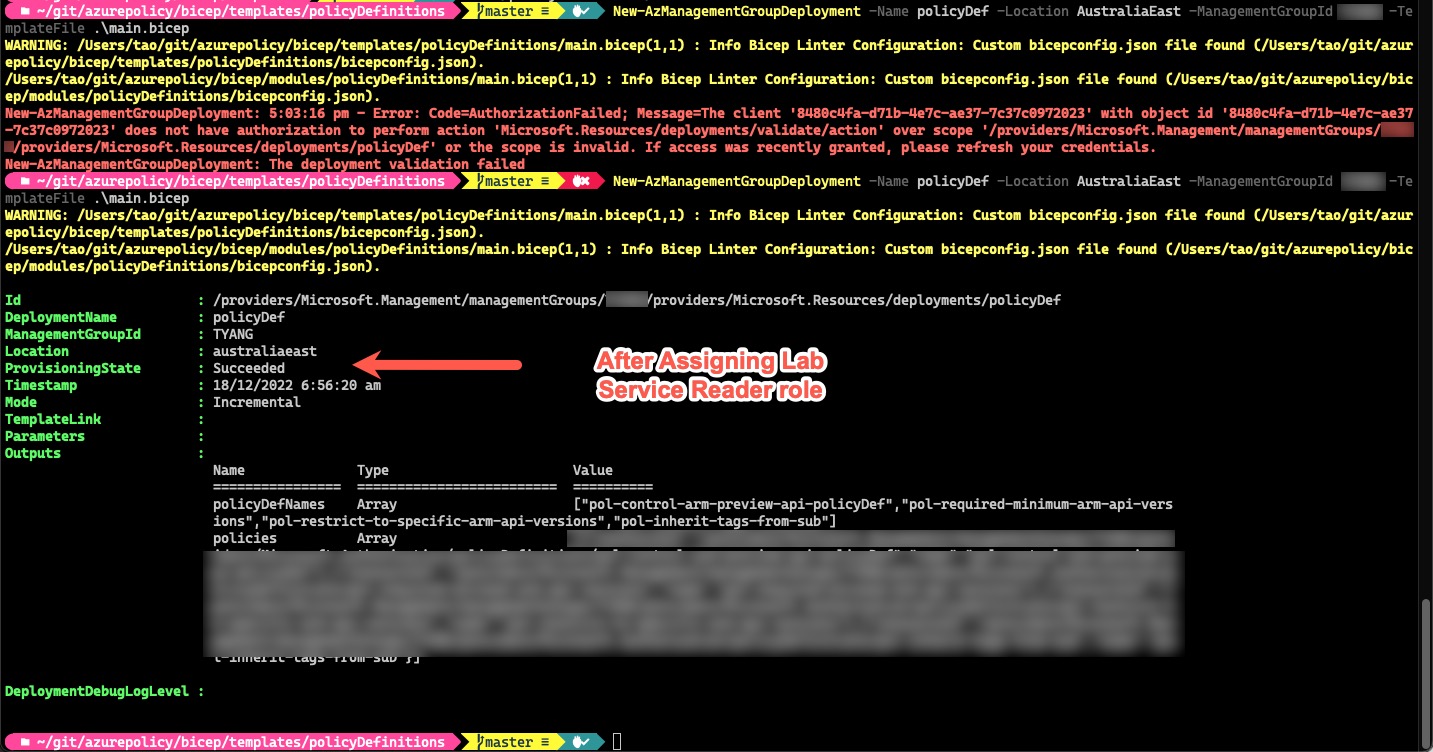 In order to deploy Azure Policy resources via ARM or Bicep templates, the Azure AD identity that performs the deployment needs to have the following built-in roles assigned as a minimum: