This is the 9th instalment of the Automating OpsMgr series. Previously on this series:

OK, now I’ve got all the darts lined up (as per part 7 and 8), I can talk about how to update group discovery configurations.

Often when you create groups, the groups are configured to have dynamic memberships. for example, as I previously blogged Creating OpsMgr Instance Groups for All Computers Running an Application and Their Health Service Watchers.

In this post, I will demonstrate once you’ve created an empty group (as shown in Part 4), how can you use OpsMgrExtended module to modify the group discovery data source, so the group will dynamically include all objects that meet the criteria (Membership rules).

Because this is not something you’d use as a standalone solution, I will not provide sample runbooks, but instead, just walk through the PowerShell code. 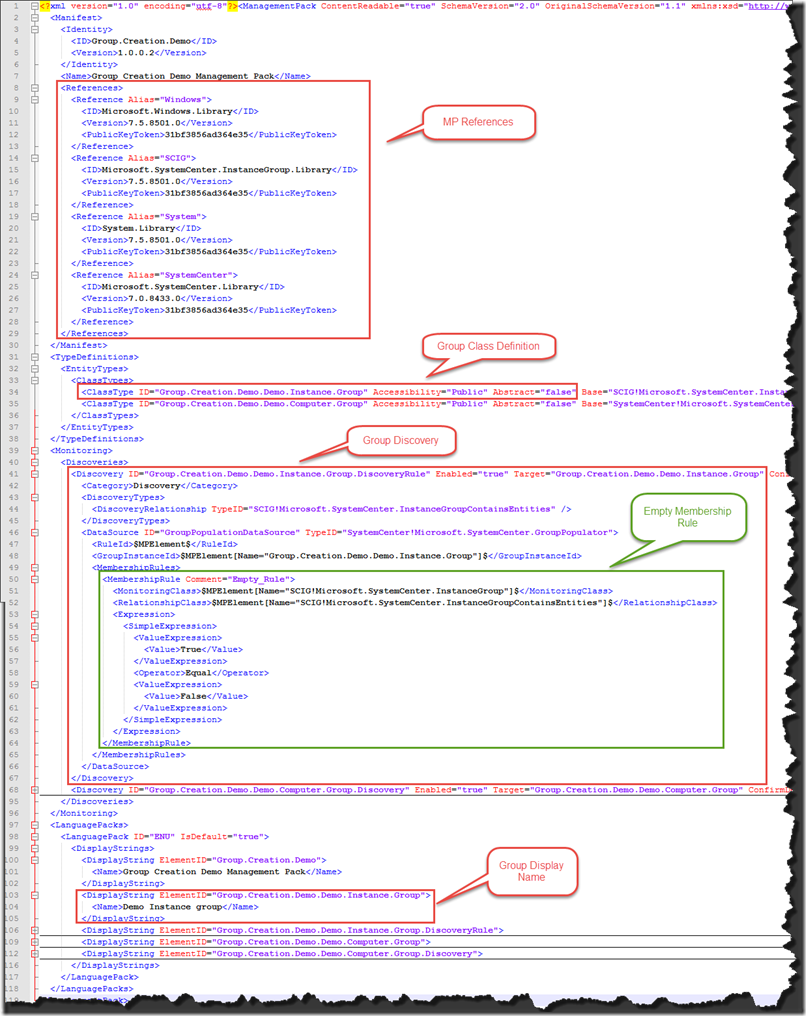 My goal is to update this group to include all objects of the Hyper-V host class that is defined in the VMM 2012 discovery MP (“Microsoft.SystemCenter.VirtualMachineManager.2012.Discovery”). The configuration for the group discovery data source module would need to be something like this:

So, in order to achieve my goal, I must firstly create a MP reference for the VMM discovery MP, then I will be able to update the group discovery data source.

Please note, I’m specifying the management server name instead of the SMA connection object in this example, if you are using it in SMA or Azure Automation, you can also switch -SDK to -SDKConnection and pass a connection object to the functions.

The script is very self explanatory, with 2 catches:

Since I’ve added -Verbose switch when calling both functions, I can also see some verbose output:

And now, if I check the group I’ve just updated, the MP reference is added: 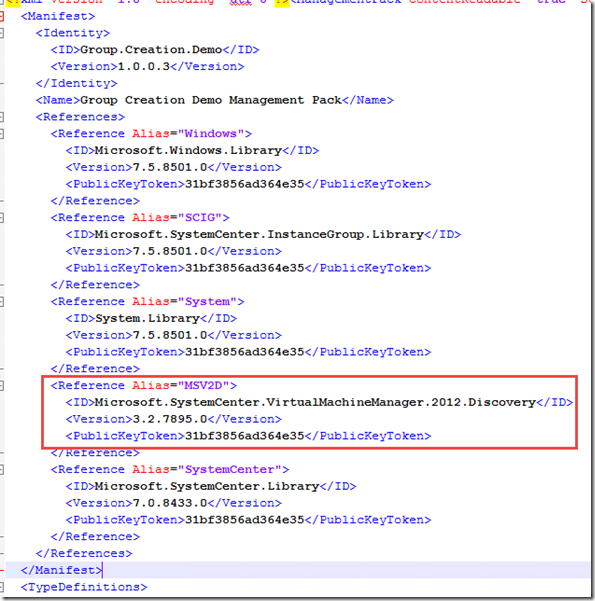 and the original empty discovery rule was replaced with what I specified in the script:

Now when I check the group membership in the console, I can see all the Hyper-V hosts in my lab:

In this post, I have demonstrated how to use OpsMgrExnteded module to update a group discovery data source configuration. Although I’ve only provided 1 example, for an instance group, the process for updating computer groups are pretty much the same. In next post, I will demonstrate how to delete a group using the OpsMgrExtended module.